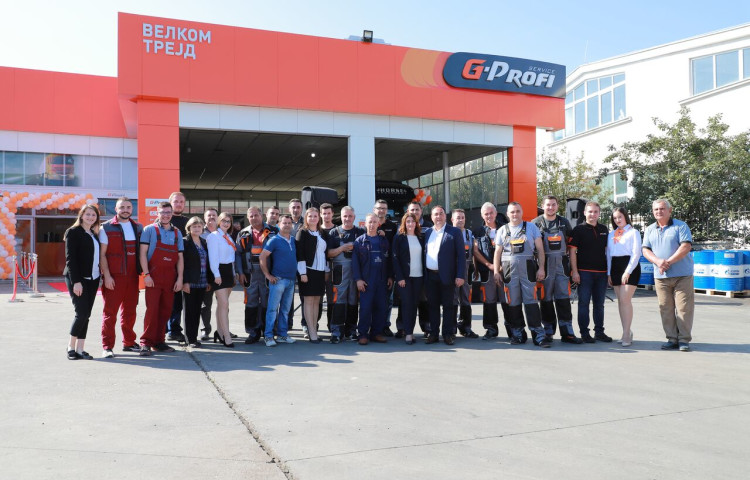 The services are equipped with all the necessary machinery for the fast oil and technical fluids change in various types of vehicles. The highly-qualified personnel will select the most convenient G-Energy and Gazpromneft branded lubricants for any vehicle, both for new and high mileage older vehicles.

“Macedonia is a new region for G-Energy Service. We are sure that citizens of this country will highly appreciate both the quality of our products and the service level. We consider the Balkans as a very promising region for developing our business. We are continuously stepping up our presence here, confirming this by the operation of two G-Energy service stations in Bulgaria and three in Greece. We plan to increase the number of stations up to 62 in 15 different countries by the end of 2018”.

Gazpromneft-Lubricants (Gazpromneft-Lubricants Ltd.) is a subsidiary of Gazprom Neft focusing on the production and sales of oils, greases and technical fluids. The company was established in November 2007.The products are manufactured at six production sites in Russia, Italy and Serbia. The total production volume is 600,000 tons of high-quality oils, greases and technical fluids per year. The Omsk Lubricant Plant (OZSM) has the Russia’s most advanced process line for the mixing, filling and packaging of lubricants with total annual mixing-and-packaging capacity of 300,000 tons. The management system of Gazpromneft-Lubricants and its production assets meets the requirements of the international standards ISO 9001, ISO 14001, IATF 16949 and OHSAS 18001. The company's clients are the largest industrial enterprises, the product range includes 600 items of oils and greases for all sectors of the market (more than 1500 stock keeping units). Gazpromneft-Lubricants products are approved by over 330 leading equipment manufacturers: BMW, Mercedes-Benz, Volkswagen, Volvo, Renault, General Motors, Cummins, MAN, ZF, KAMAZ, Bosch Rexroth and others. The company also produces and sells marine oils. Gazpromneft-Lubricants controls 21% of the Russian packaged lubricants market and also operates in the CIS and the Baltics, Europe, Central and Southeast Asia, Africa, South America and beyond. Overall, the company’s products are presented in 75 countries worldwide.